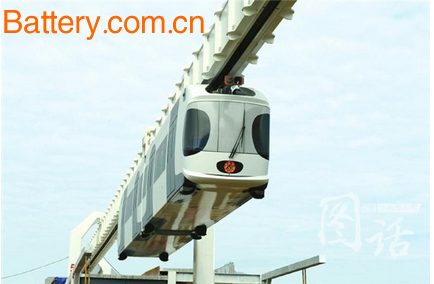 The world's first lithium battery power pack iron "Sichuan made"
The white body, the black round "ear" plus the big dark circles, the sprouting giant panda "skin"... You are not mistaken, the aerial train that will appear in the cartoon, it was really in Chengdu Shuangliu yesterday morning. The district "flyed up".
On the morning of September 30, the first domestic new energy-suspended airborne traffic test line jointly developed by Southwest Jiaotong University and other units was unveiled in Chengdu. The first new energy empty iron developed by China was successfully linked, which means Another new mode of transportation is born in Sichuan.
Yan Ming, an academician of the Chinese Academy of Sciences and the chief professor of Southwest Jiaotong University, is the chief designer of the project. He said that in the future, the new energy empty iron will shuttle between the cities in the form of suspension. With the world's first empty iron rail line using the large-capacity lithium battery power pack as the power source, the "Panda Air Railway" no longer needs to hang high voltage. The power supply grid will become a beautiful landscape in the city. The related technology creatively replaces the high-voltage power of the lithium battery pack for the traction power of the train, which is the first in the world. 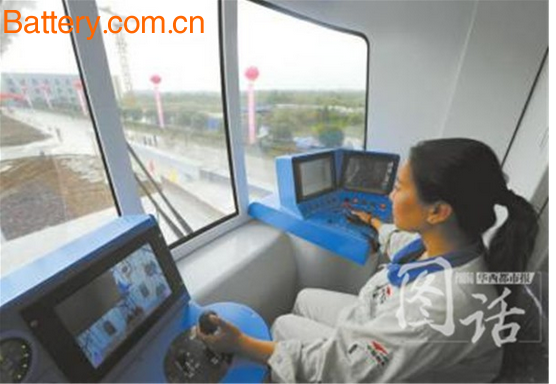 Staff debugging empty iron
Is "Panda Air Iron" safe?
Will not derail, fully guarantee operational safety
â€œVehicle safety is very high. The bogie and lithium battery power pack are placed inside the closed box rail beam. The vehicle running mechanism is always enclosed inside the box rail beam and will not derail.â€ Yan Ming introduced that the train runs in the air. It also does not collide with other objects, which fully guarantees the operational safety of the system.
"Panda empty iron" has many advantages?
Low noise, small footprint, basically no pollution
"Panda empty iron" has many advantages. The wheels are wrapped in rubber and the running noise is extremely low, which is basically no pollution to the surrounding environment. The new energy empty iron is set in the air through the sturdy and lightweight column, the floor space is small, the demolition amount is small, the maximum slope of the line is 10%, the minimum turning radius is 30 meters, and the terrain adaptability is also very strong.
Due to the short investment period and the construction cost per kilometer, it is only one-sixth to one-eighth of the subway. Modular manufacturing and process assembly are adopted. The construction is simple and the construction period is short. All the projects can be put into operation within one year.
In addition, the new energy empty iron transportation capacity is moderate and fast on time, the train has a top speed of 60 kilometers per hour, flexible grouping, and the maximum capacity can reach 20,000 people per hour.
Where is the "Panda Air Iron" used?
Traffic-intensive specific sections and tourist attractions 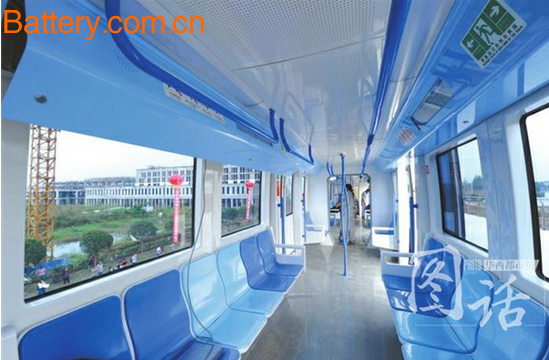 Empty and bright in the empty iron car
New energy, empty iron, so good, which areas of the city can be used? Yan Ming told reporters that the specific road sections and tourist attractions with dense urban traffic are the places where the empty irons "show their talents."
â€œBecause of its air-laying and small footprint, the empty iron can even be erected directly on the green belt without changing the traffic design of the ground. Because of its high speed and high altitude, it is used as a means of connecting attractions and airports. The empty iron will be the best choice for the future.â€ The dressing of the panda iron has attracted many netizens to praise, and Ming Ming pointed out that the empty iron can be modified according to the local humanities elements according to the local subway platform. Very flexible.
New mode
"Panda Air Iron" successfully hangs the line
Support column propped up 300m test track 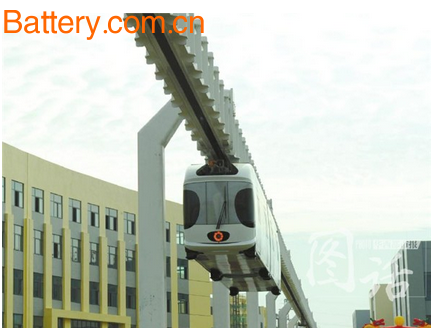 Support column propped up 300m empty iron test track
The white track piles hold the white track, and the black and white, panda-shaped empty iron hangs on the track and waits for the line to hang. Inside the empty iron, the dark blue handle, the light blue and blue seats echo the white doors and windows, and they are bright and fresh.
â€œThe empty iron is the suspended air monorail transportation systemâ€. The staff at the event site introduced that, unlike the subway and the tram, the track of the empty iron is above, and it is a type of rail transit that runs on the air track. The new energy empty iron of the line is the air-suspended rail train with lithium battery as the traction power.
The reporter saw at the scene that the entire test line was 1.2 kilometers, covering various road conditions and facilities such as gentle slopes, corners, stations, charging stations, etc., to meet the needs of the entire system test. The "Panda Air Railway" uses 300 meters. The test track beam, about 8 meters above the ground, is supported in the air by a support column spaced 10 meters apart. At present, the construction of the test line has not been completely completed, but a prototype of about 300 meters has been built. After the train is hung, some preliminary inspections can be started.
It is reported that the new energy empty iron project was initiated by the Zhongtang Air Rail Group to research and develop and invest. "Although we did a lot of work in the early stage, we only spent less than half a year from R&D to today." The chief designer of the new energy empty iron, Yu Ming, introduced to the reporter of Huaxi Dushi.
It is understood that after the hanging line enters the commissioning stage, the speed of the "Panda Air Railway" will reach 60 kilometers per hour, which is similar to that of the ordinary subway, and the maximum carrying capacity of an empty iron is 230 passengers. The 14 patents and 38 proprietary technologies owned by the New Energy Air Rail Project are the first in the world to complete the key technologies and series of vehicle models for airborne orbital trains, and are the first to enter the field of China's empty iron manufacturing.
new momentum
Lithium battery power pack as power source
"Lifetime" up to 4 hours
In fact, similar rail traffic is not new. As early as 1898, Wuppertal in Germany built the world's first monorail suspension railway system on the Upa River. In 1903, the whole line was opened to traffic, and the line was 13.3 kilometers long. For centuries, this safe, applicable and economical mode of transportation has been used by many cities such as Germany and Japan.
China is the third country to master this technology after Germany and Japan.
â€œSichuanâ€™s new energy empty iron has made significant improvements on the basis of the former, becoming the worldâ€™s first empty iron that uses a large-capacity lithium battery power pack as a power source.â€ Eliminating the suspension of high-voltage power supply grids, the presence of empty iron will make the city It is more convenient to live and become a beautiful scenery of the city. "Yu Ming said.
According to reports, in addition to no high-voltage power transmission and transformation equipment, lithium battery drive also has the advantage of no exhaust emissions, according to the power requirements of the number of passengers, the new energy empty iron lithium battery operation time can be up to 4 hours. At the large platform, charging piles will be provided to meet the long-term operation of the empty iron.
After the successful completion of the line, the new energy empty iron will enter the commissioning period, and Yan Ming revealed that the "Panda Air Railway" is expected to conduct operational tests one month later.

Die casting is a Aluminium or Zinc metal casting process that is characterized by forcing nolten metal under high pressure into a die mold cavity. The mold cavity is created using two hardened tool steel dies which have been machined into shape and work similarly to an injection mould during the process. Most die castings are made from non-ferrous metals, specifically zinc, copper, aluminium, magnesium, lead, pewter, and tin-based alloys. Depending on the type of metal being cast, a hot- or cold-chamber machine is used.

The casting equipment and the metal dies represent large capital costs and this tends to limit the process to high-volume production. Manufacture of parts using die casting is relatively simple, involving only four main steps, which keeps the incremental cost per item low. It is especially suited for a large quantity of small- to medium-sized castings, which is why die casting produces more castings than any other casting process. Die castings are characterized by a very good surface finish (by casting standards) and dimensional consistency.