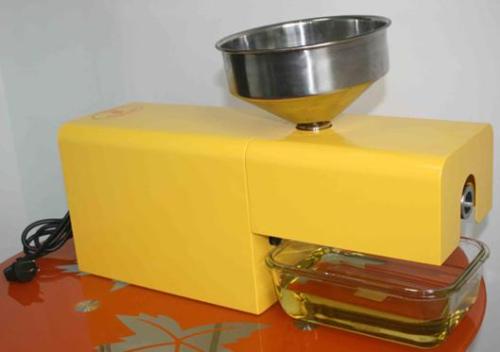 The recent negative news events on the market, such as waste oil, swill oil, saliva oil, fake oil, toxic oil, expired oil, and pigment blending oil, have caused many consumers to smell â€œoilâ€ and some businesses have also taken advantage of it. The article was regarded as â€œeasy to operate, freshly squeezed, green and freshâ€, and the small-sized domestic oil press has recently been sold on the market. Some merchants use the â€œthree machinesâ€ to summarize the domestic oil presses, namely the â€œoil-removing machineâ€ for waste oil, the â€œoil delivery machineâ€ for healthy oil, and the â€œprinting machineâ€ for wealth.

â€œThe chaos in the edible oil market has made ordinary consumers physically and mentally exhausted, and we are untouchable. We cannot avoid it.â€ This is a slogan that has been seen on the website of a domestic oil press.

Guo Hualing, general manager of the company, told reporters that the waste oil will be leftovers from the sewer recycling, and then add chemical agents extracted from harm to human health. Although the market's refined oil is relatively healthy and nutritious, there are also some unlicensed products that are in muddy waters, and it is not clear which materials are added, and they are always on the right side to keep increasing prices. "Therefore, the new domestic oil press on the market can also be said to be out of the clock."

It is understood that health, safety and non-addition is a prominent publicity hotspot for the domestic oil press.

Guo Hualing said that the domestic oil press can be controlled by the consumers themselves in terms of time and amount, used with the press, and the pressed oil does not use chemicals, and the natural nutrition is not destroyed.

"It also maximizes the preservation of unsaturated fatty acids such as linoleic acid and vitamin E, iron, zinc and other nutrients, while retaining the strong aroma of the oil itself, to ensure that the product itself is authentic, safe, hygienic and pollution-free."

According to Guo Hualing, the use of domestic oil presses to extract high oil concentrations, in the cooking process, to achieve the same color, smell and taste requirements, its use is about one-third of the amount of bottled oil on the market.

Consumer Qin said that in recent years, China has repeatedly exposed news of food safety accidents, and he has always had a shadow on the foods sold on the market. If he can control the oil materials himself, the source of oil control is safe, and the machines are also " If so, then it is a new choice.

Household oil press from a heavy industrial machinery into small household appliances, its appearance will not appear rough and heavy? Sky Works, general manager of home press Lin Sheng told reporters, do not worry about these issues.

â€œSince it is being developed as a household appliance, the compact design and attractive appearance are an important consideration in designing.â€ Lin Sheng said that the domestic press has the disadvantage of being bulky and unwieldy in general industrial presses. Generally only the size of the microwave oven, does not occupy the family area, and overcome the shortcomings of the mechanical sound when the industrial oil press is used, and basically achieves a noiseless operation, and the sound emitted when used is smaller than the soybean milk machine.

Seen on the website of a domestic oil press, some oil presses, such as small sewing machines, have a softer design line and a more beautiful arc. The entire model looks fresh and fashionable, either long or flat, round or thin, and has many styles.

"As a small electrical appliance, the first important thing is to use small and comfortable, easy to carry." The company's sales staff introduced, in addition, the domestic oil press is also easy to operate, generally just select the key to open on the line. "Under normal conditions, the entire process from the feed to the oil can be completed in a matter of minutes, and automatic filtration and pure oil quality can be achieved."

Although small in appearance, it has a lot of features. Sales staff said that generally have a microcomputer intelligent control function, extracting a variety of options, you can choose the "cold press" and "hot press" two modes. And oil can be arbitrarily selected, can extract different oil materials, can press peanuts, soybeans, rapeseed, sesame, oil sunflower, flax seeds, walnuts, almonds and other oil, to achieve a multi-purpose machine.

Because of its small size, its use of power is also small, in general cold press conditions only 160W-200W, power consumption is about 0.2 degrees per hour or so.

â€œIt not only guarantees the health and safety of the oil, but also allows consumers to find the kitchen fun of their own hands.â€ Lin Sheng said that in the more developed regions such as Guangdong, it is sometimes possible to sell 500 or 600 units a month, 2012 The output of its domestic oil presses is 8,000 units. With the increase in peopleâ€™s awareness of home presses and the gradual recognition of products, this number is still growing and it is expected that this yearâ€™s shipments will reach 700,000 units.

Although catering to market demands in many ways, domestic oil presses, as electrical products in recent years, are also facing high prices.

It is understood that the price of an oil press is mostly around 1,500 yuan, and many dealers regard the economic level of the area and people's living conditions as different, and the price may refer to 1,800 yuan. And if there are more new intelligent control features with the upgraded products, the market price can reach two or three thousand dollars.

Mr. Zhang, the dealer, frankly stated that many consumers are very interested in the new product of the oil press, but often turn around after asking the price.

"Actually, this can't be blamed on consumers. According to the market price of domestic oil presses, it is in the high-end position in the field of small household appliances." Mr. Zhang said that the concept of home presses is the same as other new home appliances. It takes time to cultivate the market.

Consumers said that the production and production of oil presses need to be put into production at the early stage of more than two million yuan. In order to repatriate capital as soon as possible, raising the price of the previous period is also a frustrating move, but with the rise of the emerging market of oil presses, more manufacturers The influx of prices will be predictable. By then, domestic oil presses will become truly popular household appliances.

We produce different kinds of Electric Reach Trucks. This narrow aisle electric reach forklift can lift pallets to 4.5 meters. We also have Heavy Duty Electric Reach Stackers to handle 2-ton goods. With EPS, our Warehouse Reach Forklift is efficient and the operator loves it. It has various heights and weights for different applications. 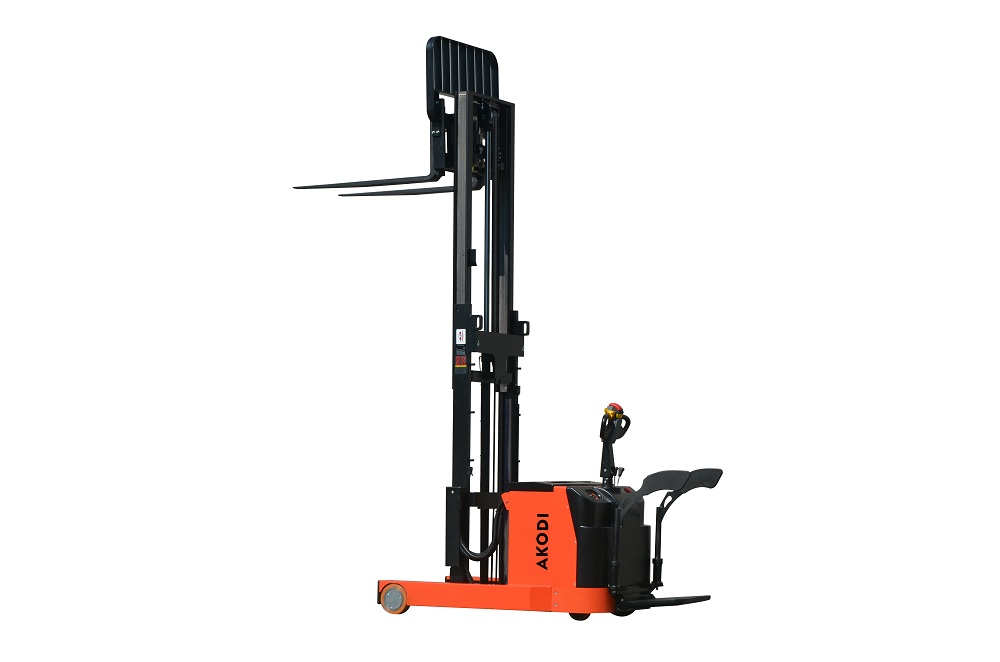