The development of new energy vehicles has been staggered along with policy changes. It has been nearly ten years since then. In the past days, the industry experienced various advantages brought about by the policy tilt, and inevitably, the traditional automobile enterprises frequently faltered due to the conflict of ideas. The two voices come and go one after another. On the one hand, it is an unprecedentedly broad market under the dual pressures of energy control and environmental pollution. On the other hand, it is the unlimited worry caused by the subsidy and the backwardness of technology.

True gold and silver promote the development of the industry

Until today, the future of new energy vehicles is still a controversial topic. Because compared with the prospects, car companies seem to value the immediate subsidies. In 2015, China's subsidies for electric vehicles amounted to 59 billion yuan, and in 2016 it reached 83 billion yuan.

The effect brought by the heavily funded support is immediate. In the past two years, the major domestic car companies have competed to open new energy car R&D projects like galleons, including not only Geely, BYD and other traditional car giants, but also Gree and Wuliangye. Wait for a group of cross-border players. In 2017, the annual sales of new energy vehicles reached 777,000 units, a year-on-year increase of 53.3%. Sales volume of pure electric vehicles and plug-in hybrid vehicles increased by 82.1% and 39.4% year-on-year, respectively. BYD, Great Wall, Geely and other famous brands achieved Good results.

After the introduction of the concept of â€œshared travelâ€ and â€œenergy saving and emission reductionâ€, peopleâ€™s thinking on buying cars has also undergone subtle changes. The frequency of use of electric vehicles and charging piles has increased year by year, and the sales of new energy vehicles have experienced explosive growth during this period. Data show that from 2014 to 2017, the sales of new energy vehicles in China soared from 21,000 vehicles to 767,000 vehicles, more than 35 times more than sufficient. 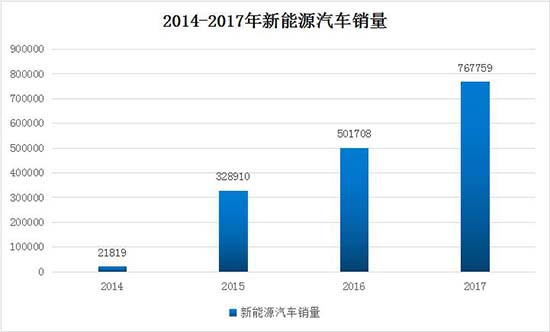 With the influx of capital, the market for new energy vehicles has become unprecedentedly prosperous. However, practitioners relying on 100 billion yuan to solicit help often leave the government in a dilemma. With the ever-increasing competition in the industry, even more people do not hesitate to take risks and defraud the state subsidies.

In 2016, four ministries and commissions conducted investigations on the fraudulent supplementation of 93 companies in the industry, of which 72 actually had fraudulent actions. A total of 76,374 vehicles were seized on a group basis, involving a total of 9.277 billion yuan. In other words, on average, a company makes up to 120,000 cars.

Not only that, but also the results of consumer surveys are equally not optimistic, because previously unfettered licenses, exemption from purchase tax and other policy dividends have been implemented in succession, and many of these owners choose to pay for new energy is actually not willing.

From the feedback of the users, we can see that people still are not satisfied with the current cost-effectiveness of new energy vehicles. Problems such as â€œweak escorting capabilities,â€ â€œhigh maintenance costs,â€ and â€œnon-preservation of vehiclesâ€ are the real reasons why some car owners refuse to buy. the reason.

At the end of 2016, the state issued a new subsidy policy for new energy vehicles for 2017-2018. Generally speaking, state subsidies have declined by 20% from 2016, and local subsidies must not exceed 50% of state subsidies. The subsidy retreat allowed the new energy market to cool down rapidly, and the implementation of the New Deal for the retreat at the beginning of the year caused a drop in the sales volume of some auto makers.

The overall downturn in the industry has not only caused a large number of small and medium-sized car companies to worry about their sales, but has even caused domestic energy giant BYD to suffer. According to the data, BYD's new energy business revenue in 2017 was approximately RMB 39.1 billion, an increase of 12.83% year-on-year; compared with 80.27% growth in 2016, the current slowdown was particularly noticeable, and the growth rate of new energy vehicle sales was 9.7%. Less than 53.3% of industry growth.

BYD Financial reported that â€œthe overall profit of new energy auto business, including electric buses and new energy passenger vehicles, has declined significantly compared with the same period of last year due to the impact of subsidized slope retreat.â€

The crisis is a turning point

In the first quarter, BYD, which had just received 600 million grants, is still as it is, and the results of start-up companies with insufficient strength can be imagined. According to sources in the industry, the same model with a subsidy of less than 100,000 yuan, the cost of start-up companies is about 15,000 yuan higher than that of traditional car companies.

"According to the current cost and selling price, each government can subsidize a company with a subsidy of about 70,000 yuan for each pure electric mid-size sedan sold. In 2020, the government subsidy will be cancelled. What will the new energy vehicles rely on to survive?" Vice President of SAIC Wang Xiaoqiu This is also a deep concern.

In the early stage of the development of new energy vehicles, the state inspires technology, products, and markets through financial subsidies. When the industry grows to a certain extent, it is natural that policies will be relegated or even cancelled. As domestic new energy vehicles gradually mature, companies must also appropriately reduce dependence on the country and promote the marketization of new energy vehicles. This will not only stimulate the vitality of market competition, but also promote the survival of the fittest and allow the true leadership of technology and high-quality products. The business survived.

China is the worldâ€™s largest consumer market for automobiles. In the annual average of 28 million new car transactions, the proportion of new energy vehicles is still less than 2%. Nowadays all countries in the world have announced the implementation period of the fuel ban. It is foreseeable that the future of new energy vehicles to replace fuel vehicles is a general trend. This process may not be easy, but the rise of the new energy industry has been unable to stop.

Internal and external problems for survival

The new energy subsidy retreat is a gradual process. During this period, there are still many problems worthy of our correction and reflection.

On the one hand, the core technology needs to be broken. There is a saying in the industry, "who has mastered the battery technology, who is the big brother of new energy vehicles." However, in competition with some joint venture brands, domestic new energy vehicles have frequently burst out of short battery life and lack of battery life. Not only does the user lose confidence, it also significantly increases maintenance costs and speeds up its depreciation.

The "2017Q2 Global Electric Vehicle Development Index" data shows that although China has taken the lead in the electric vehicle industry and market scale, it is still downstream in terms of technology, and how can it achieve cost optimization throughout its entire life cycle? China's new energy industry also has a long way to go.

On the other hand, supporting facilities are not perfect. According to statistics, as of the end of 2017, the number of public charging piles in China was 214,000, an increase of 11.4% year-on-year, sales of new energy vehicles were 1.7 million, and the total number of charging piles was 446,000. By 2020, 500,000 charging piles will be planned and constructed. Energy vehicle sales will reach 2 million vehicles. 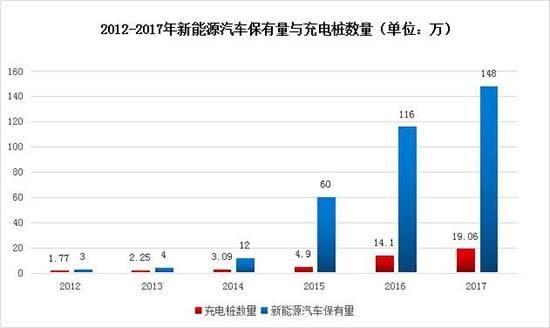 The supply quantity of scarce charging piles can hardly meet the increasingly normal users' needs. Moreover, due to the obstruction of the technical level, the charging time of electric vehicles is often up to several hours. Even if it is found, the users need to wait in line.

In comparison, traditional fuel vehicles are much better in this respect. By the end of 2016, there were 100,000 gas stations across the country, which could provide 1.2 million fuelling stations at the same time, and each vehicle can complete refueling in an average of 3 minutes. It can be seen that under the premise that the concept of consumers has not completely changed, new energy vehicles have no competitiveness.

Over the past few decades, the Chinese auto industry has always grown in innovation, and has evolved in the course of change. Nowadays, the emergence of new energy has brought home-made cars to a new turning point, and they want to be at the same time in solving the pain points in the industry. You also need to start with yourself.

Linear cross-belt Logistic Sorting Machine is our R&D newest product recently, one person can operate as well as two persons can operate at the same time to improve efficiency. Crossbelt Logistic Sorting Machine which has 30 carriers covers about 300 square meters, rent cost would be reduced. Of course carriers of logistic sorting machine can be increased or deducted according customer's requirement.

Easy to install that plug and play, also easy to operate by touch screen. With machanical technology, Crossbelt Sorter Vertical lower the energy cost. As well maintainance cost and hardness would be reduced by simple design.