In these two days, due to the â€œturning overâ€ of Trump, the car prices of Japanese and German companies fell.

On May 23, U.S. time, the U.S. Department of Commerce stated that it had initiated a "232 investigation" on imported cars, SUVs, light trucks, and vans as directed by Trump.

According to article 232 of the U.S. Trade Expansion Act of 1962, the U.S. Department of Commerce has the authority to investigate whether imported products undermine U.S. national security.

Previously, the Trump administration had imposed punitive tariffs on imports of steel and aluminum products under the â€œSection 232,â€ and now it launched a â€œ232 surveyâ€ on imported cars. The industry believes that its ultimate goal may be to implement new tariffs and new tariffs. The tax rate is the highest, or 25%, which is a 9-fold difference from the 2.5% tariff stipulated in the WTO agreement.

Once the Trump administration really imposes tariffs on imported cars and auto parts, the global auto supply chain will be affected, so many global forces have expressed strong opposition. 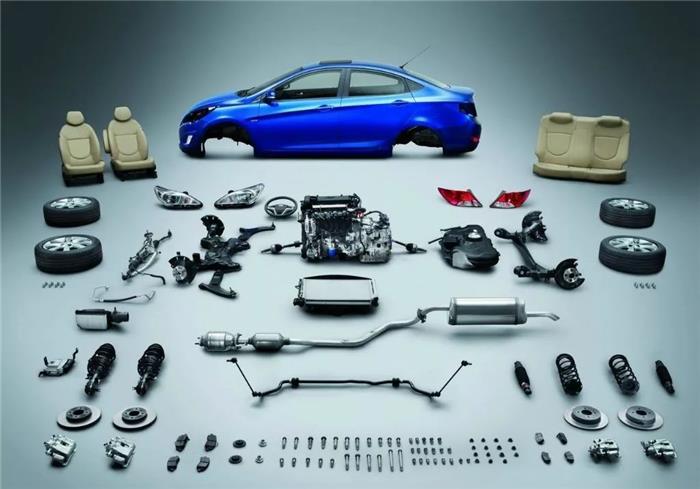 The European Union, which was already in a tight relationship with the United States, stood up for the first time and stated that the U.S. move was puzzling and that importing cars would not threaten national security.

The United Statesâ€™ ally, Japan, is no exception. Japanese Prime Minister Shinzo Abe expressed concern about potential trade restrictions. He said: â€œIf it goes into effect, it will cause very extensive restrictions on trade and create confusion in the global market.â€

According to sources, the survey is more directed against Mexico and Canada. It hopes to exchange more favorable conditions for the negotiations on the North American Free Trade Agreement, and it will also affect ongoing trade negotiations between the United States, China, and Japan.

In response, Mexico said that it will not be easy to comply. "In the next round of negotiations, we will strive to arguably dispute the auto tariff."

The Chinese side also responded that it will conduct a comprehensive assessment of the possible impact and firmly defend its legitimate rights and interests.

Trump clings to the car

Not long ago, U.S. Treasury Secretary Mukuchin said that China and the United States have reached an agreement on the framework issue and agreed to stop the trade war. On May 22, the Chinese side announced that it will reduce the tariff rate for automobile full-vehicle tariffs from 25% to 25% to 15%.

However, when China lowers the tariff rate on cars, the U.S. government intends to impose tariffs on imported cars. Why did the Trump administration keep the subject of the car?

Trump once wrote on Twitter: â€œFor our great American auto workers, there will soon be major news. For decades, your work has been taken away by other countries, and you have waited. It's been a long time!"

Industry sources said that this move can help the Trump administration solve the problem of US manufacturing job losses, which will help Trump win votes in the next election.

On the other hand, Trump also said that the core industries such as autos and auto parts are crucial to the country's economy, but the US auto manufacturing industry relies heavily on imports, and imported vehicles account for nearly half of total sales.

According to public information, in 2017, the United States is the country with the highest auto import volume in the world, accounting for 23.9% of the total number of imported cars in the world, among which vehicles imported from Canada are the most, followed by Japan, Mexico, and Germany. The most damage was caused by the increase in sub-tariffs, and China was only ranked tenth.

â€œThe US Department of Commerceâ€™s '232 investigation' has a relatively small impact on Chinaâ€™s auto vehicle exports, but it has a relatively large impact on parts exports,â€ said Ren Wanfu, an analyst with the International Finance News.

According to the data of the Federation of Travel Unions, China exported 1.064 million cars in 2017, of which only 53,000 were exported to the United States, accounting for 5% of the export volume. Even if the U.S. government raises the tariff rate on imported cars, it will have little effect on major auto manufacturers in China.

In addition, there are other data show that China's models exported to the United States are mainly a small number of models such as Buick Encore, Cadillac CT6, Volvo S60 and S90. Once the U.S. government has increased the tariff rate on imported cars, the only model that China exports to the United States will actually affect the U.S. car maker General Motors.

The person in charge of the relevant department of SAIC Motor revealed to the reporter of the International Finance News that for the United States "232 investigation", it has no effect on Buick and Cadillac. Whether the United States imposes tariffs on imported cars is not yet certain, and may adopt different policies for different countries. At present, even if the levy is imposed, it does not seem to be aimed at China.

According to the statistics, in 2017, the export value of auto parts in China was 68.6 billion U.S. dollars, and the U.S. export amount was 17 billion U.S. dollars, accounting for 25% of the total export value; in the specific auto parts, the proportion of walking systems (wheels, tires) was as high as 50%. the above. If the United States increases taxes on imported auto parts, it will have a greater impact on auto parts in China.

According to industry insiders, due to Chinaâ€™s lowering of tariffs in the past two days, the share prices of some listed companies involving auto parts have risen in contrarian directions. If the United States imposes tariffs on auto parts, it will have a greater negative impact. 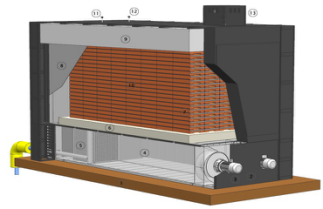