On the surface, looking at the above data, it seems that the auto parts industry is still improving. But in fact it is not entirely. 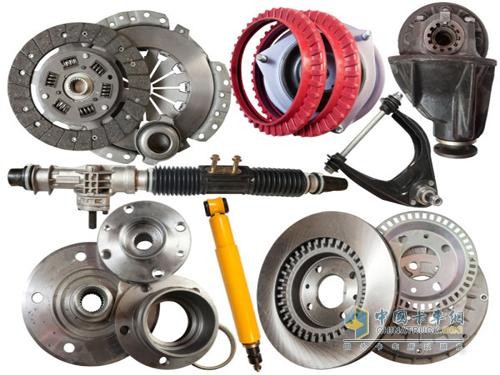 In fact, with the continuous increase in the number of car ownership, the automobile consumer market tends to become saturated, and as an important part of the auto industry, the parts and components companies have also suffered the scourge of â€œpool fishâ€.

Some analysts expressed concern about this. Starting from 2015, the development of some small and medium-sized auto parts companies is still quite â€œdifficultâ€ for large auto parts companies. Some companies have fewer orders because of lack of visibility. Some are just a small repair shop. In addition to car repairs, they also produce and manufacture â€œsmall partsâ€ in their â€œsmall workshopsâ€ to maintain their normal livelihoods.

Some analysis shows that in 2015, the performance of different companies in the auto parts industry varied greatly, and the polarization was severe. Those parts and components companies that focus on technological innovation, develop new products for a long time, and accumulate sufficient technical resources have a strong ability to adapt to the new normal of the economy; on the contrary, the adaptability is weak. All auto parts companies that can adapt to the new normal can maintain normal sales, sales revenue and profits, and they can continue to develop.

The reporter also inspected more than 20 parts and components listed companies that have issued 2015 annual announcements and found that many auto parts companiesâ€™ operating income and total profits have declined compared to the same period last year, such as Dongfeng Technology, Qiming Shares, and Fuda Shares.

The shrinking of quality triggers the "trust" crisis

In addition, the reporter learned from the interview that the quality is not too hard and it is also a problem that China's auto parts companies need to solve.

Zhu Wentao, senior financial advisor of Zhejiang Merchants Securities, said in an interview with a reporter from the China Sankei Shimbun newspaper: â€œBecause of the continuous increase in the cost of raw materials and labor, and the continuous increase in the cost of procurement by the OEM, the days of parts and components companies have become increasingly This has caused some problems in the parts and accessories market, and some companies will only consider short-term benefits and reduce the quality of raw materials that they should have, only to obtain temporary cooperation opportunities."

â€œThis may not be noticeable at the time of delivery, but there will be problems during the use of parts and components. However, these problems will affect the development of the company, and the damage to the lives of consumers will be large. Once the problems are exposed, the company will also be difficult. The continued development in the mainframe supporting field undoubtedly cuts off the source of enterprise development. Conversely, companies that value customer satisfaction are more likely to consider long-term cooperation, although single parts are considered less profitable due to cost and various factors. The profit of long-term cooperation is also considerable.From the buyer's point of view, suppliers who can meet the cost, quality and other factors of the OEM can do a very good job in this field and truly put the customer's needs first. The company will continue to advance in today's market environment. Therefore, the level of customer satisfaction will directly determine the prospects for business development.â€ Zhu Wentao added.

Take the opportunity to transform the "Nuggets" aftermarket

â€œAt present, it seems that in the period when sales of most auto parts companies in China are relatively low in a given period of time, compared with large multinational corporations with sales of 10 billion or even hundreds of billions, the scale of auto parts manufacturers in China Obviously, the sales volume of China's auto parts can also increase overall profitability, and Chinaâ€™s manufacturing exports have always been known as cheap in the world, and multinational large-scale enterprises effectively reduce production costs. The development of emerging markets has also transferred large-scale production and manufacturing links to low-cost countries,â€ Zhu Wentao told reporters.

From Zhu Wentao's point of view, the small scale of the industry has become a "stumbling block" that restricts the development of China's auto parts enterprises, and the transformation and upgrading are imminent.

Taking the automotive filter industry as an example, sales of commercial vehicles dropped sharply last year. Although the prices of raw materials have declined, the prices of complete vehicles have also dropped. Many companies have implemented transformation and upgrading. Although the effect is obvious, the output value last year was only It is basically the same as the previous year.

However, considering external factors such as energy saving, safety, and transportation, as well as factors affecting automobiles and related industrial policies and regulations, another important customer market for auto parts companies is the aftermarket, and the quality of auto parts has become even more pronounced in China's aftermarket. prominent.

According to the "2015-2020 China Auto Parts City Investment Plan and Investment Strategy Analysis Report", China's aftermarket will show a leap-like growth. If the problem of counterfeiting in the aftermarket is not solved, it will have a great impact on the improvement of the quality of auto parts in China.

In this regard, Zhu Wentao believes that â€œat present, in order to share market risks, many auto parts companies continue to expand the business of other industries in addition to the main business auto parts. For example, diesel engine products are also used in ships and Wanfeng matching aircraft. In other industries, the statistical data may not truly reflect the actual situation.In addition, the operating income of other supporting businesses of the company, the increase of overseas businesses of some mainstream companies, and the increase in the number of statistical enterprises of the National Bureau of Statistics also mean that total operating income will increase. Improve."

The year 2016 is the opening year of the â€œThirteenth Five-Year Planâ€. The Chinese auto industry needs to establish an internationally competitive parts supply system to meet international challenges during the â€œ13th Five-Year Planâ€ period. This also requires parts and components companies to increase their investment in innovation. Strengthen the basic skills, and enter the high-end products. Only in this way can we ensure that China's auto parts industry has a place in the international competition in order to promote the coordinated development of China's auto industry chain.